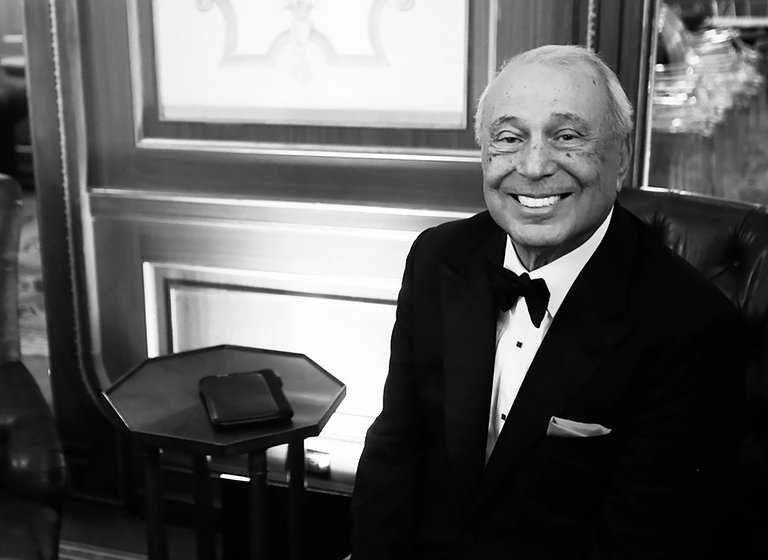 Just under a month ago, the fashion industry mourned the death of Jerome Fisher, one of the founding partners of the ultra-covetable shoe brand that became a powerhouse in women’s footwear. His son Marc said that he had died at 85-years-old from a brain hemorrhage.

With a family background in manufacturing ladies’ shoes, Fisher had made an attempt to open his own factory, but when Jodi Shoe Company in New Hampshire failed, he went on to work for a Japanese trading company to develop sources of supply in Brazil. From there, he discovered an opportunity to offer designer appeal in affordable footwear, competing with shoes from Italy and Spain. Joining forces with Vince Camuto, a shoe salesman from Manhattan’s Lower East Side, the two formed a company that imported shoes into the U.S. that transformed into a brand in 1977 named after their street address, 9 West 57th Street in New York.

Shoes of this caliber at inexpensive price points were uncommon in The Big Apple at the time and proved to be lucrative as it went public in 1993, and soon after became a staple brand for the American woman. In 1997, The New York Times reported that one in every five pairs of shoes that American women buy is from Nine West.

“The Nine West brand has been making shoes in their directional, fashionable and signature style for over 35 years,” explains Lyst, a prominent online retailer that sells footwear from a variety of brands. Although the change in ownership landed the brand under the helm of Jones Apparel, Nine West continued to thrive as a women’s footwear giant that branched off into purses and wallets. To this day, the brand is hailed as a favorite among ladies in America and beyond, and it wouldn’t have been possible it hadn’t been for Jerome’s tenacity and perseverance to provide stylish shoes at reasonable prices.

Fisher died on June 23 in West Palm Beach, Florida, but his legacy lives on through our obsession with shoes.

The Tuscan Garden at Snug Harbor: Staten Island’s not so little secret »

« Colors of the Rockaway